In our new feature ‘Tactical Takeaways’, we’ll be discussing 3 tactical themes that evidently influenced the outcome of Dortmund’s last game and what they could’ve done in order to improve their performance.

Stoeger gets his tactics right

Dortmund played in their usual 4-2-3-1 shape, while the hosts lined-up in a classic 4-4-2. The opening half was characterised by Dortmund, closing down space and absorbing pressure from the visitors. Although this approach was a complete disaster last week in Bavaria, Dortmund were up against a team that clearly aren’t as awesome on the ball as Bayern are. With an extra midfielder up against only 2 Stuttgart centre-mids, the visitors were forced long to play direct long balls in possession; an approach that Dortmund managed to deal with well. The hosts easily managed to regain possession from loose balls, which just goes to show how effective, setting up in a mid-block was. 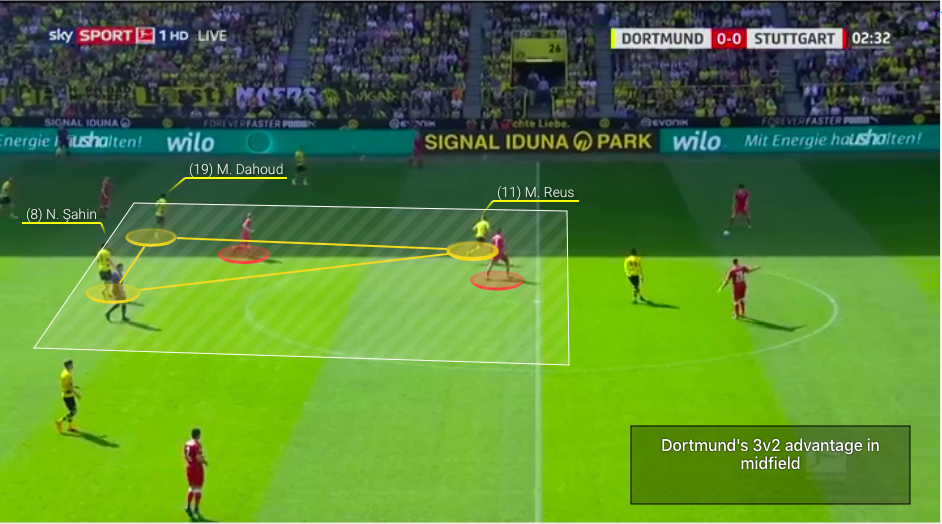 By setting up in a mid-block, Dortmund were able to draw Stuttgart forward and space would open up in behind their defensive line. Dortmund however, failed to take advantage of the space in behind Stuttgart’s defense. Too often, they were forced inside (after the first or second pass in transition), which slowed down the counter-attack. The loss of speed in attack meant that Stuttgart were almost always able to recover in time to prevent Dortmund’s progression. 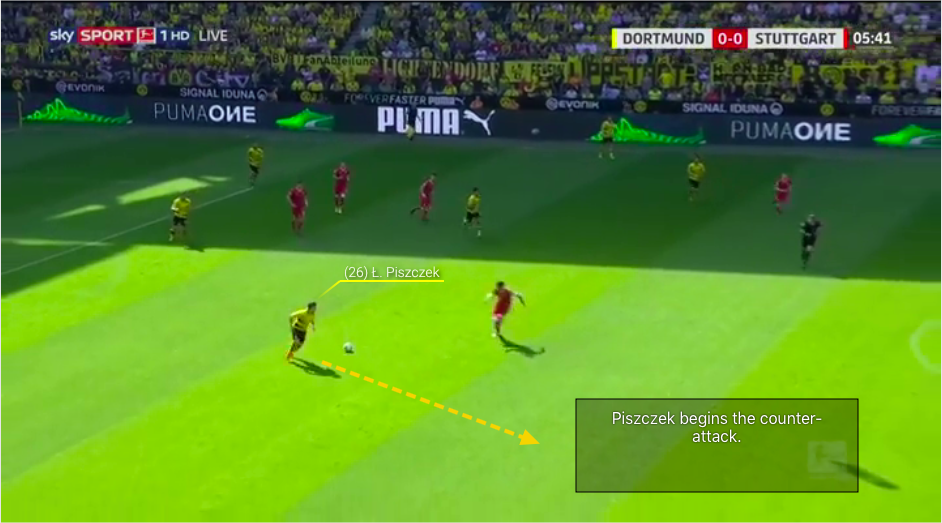 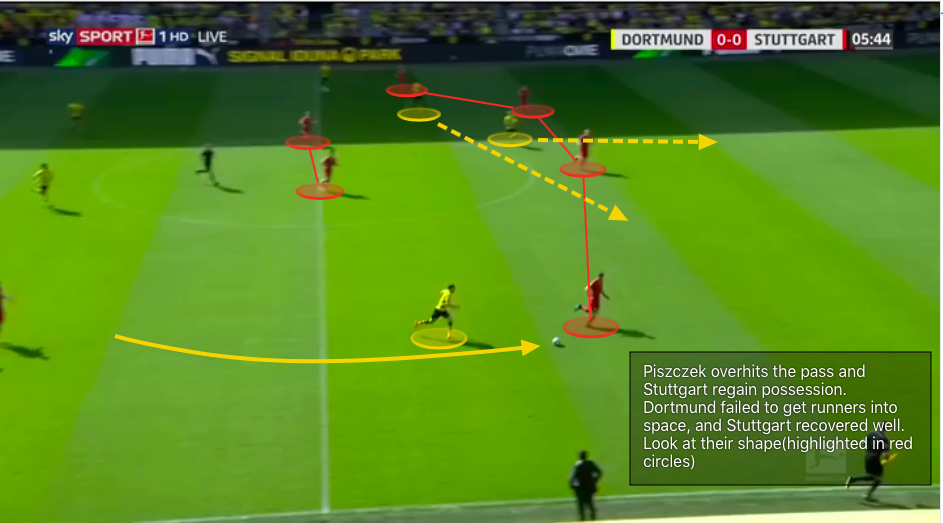 Against Bayern, the team faced the same problem. With a speed demon in Christian Pulisic and several other lightning quick forwards, Stoeger needs to find a solution to their poor counter-attacking before this weekends derby against a defensively sound Schalke side.

Dortmund definitely have some of the best players throughout Germany. Every player on the team’s roster has a high level of technical capabilities. Dortmund’s 3 goals on the day, served as a reminder that they’re a better team when they spend more time on the ball, instead of defending for long periods. All 3 goals came from close combinations of 2 or more passes. The natural triangles that formed because of Dortmund’s numerical advantage, allowed the hosts to weave some slick passes together before putting the ball into goalscoring chances. The foreplay to Phillip’s goal was delightful, to say the least, and the goal itself was a glorious climax (excuse the imagery), which capped off a brilliant performance for the hosts. It was great to see the team bounce back with such confidence after a pretty dreary display in the last round of fixtures.