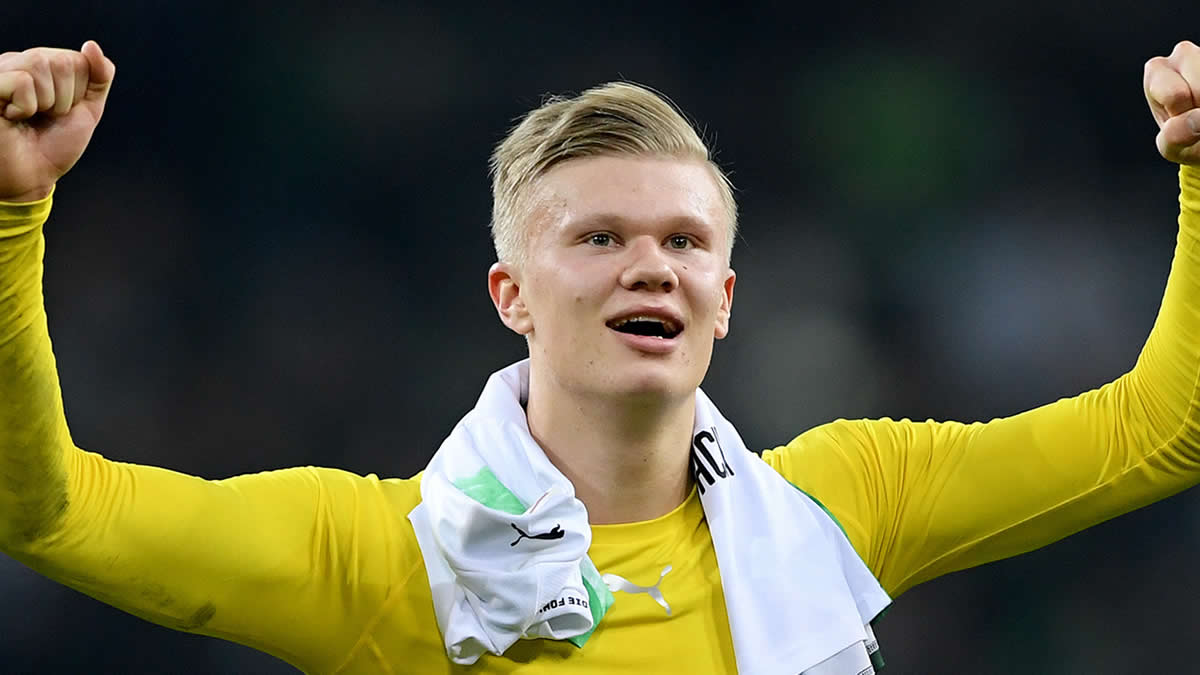 Hotshot Erling Haaland will turn up his nose at a £50million switch from Borussia Dortmund — as long as BVB head coach Lucian Favre keeps his job in the summer.

Goal-getter Haaland moved to Dortmund from Austrian outfit Red Bull Salzburg in the January transfer window and has proved his considerable worth already by smashing home 12 goals in his first 11 matches.

But his on-pitch exploits have alerted the European powerhouses and the Estadio Santiago Bernabeu giants are said to be showing the most purpose in their efforts to lure the teen sensation.

But BVB have Favre in their corner if — and more than likely when — it comes to trying to persuade Haaland to stay at the club. If Favre remains in his job, that is. Before Haaland chose to move to the Bundesliga, the young striker, who is aged 19, was speaking to Manchester United (or at least his agents were) but ultimately, he thought he would develop more under the watchful eye of Favre than the relatively inexperienced Old Trafford head coach Ole Gunnar Solskjaer.

It is known that Haaland, along with his Dad — former Manchester City ace Alf-Inge Haaland — thought that his career path would be smoother and that he could continue his development more coherently with Favre orchestrating things.

One huge setback for Haaland as a BVB player would be if Favre was axed. Before the Covid-19 suspension of football in Germany and across the world, there was lots of talk that Dortmund may well be considering dispensing with the services of the former Hertha BSC, Borussia Mönchengladbach and Nice chief.

And rather than reignite the interest of United, where Solskjaer has done better but is still having questions asked about his ability as a boss, Haaland would opt to play for Zinedine Zidane in the Spanish capital.

Of course, Haaland may well choose to stay put whoever is the coach knowing full well that one way or another he is going to be making a big-money move to one of the elite clubs in Europe sooner rather than later. And Dortmund don’t exactly need the money — they are ready to bank around £120million from the sale of Jadon Sancho in the summer. He will join either Manchester City or Chelsea — perhaps others are in the running but it is said that one of these two is his preferred choice. He was a Chelsea fan growing up so he could well decide that a switch to Stamford Bridge is on the cards.