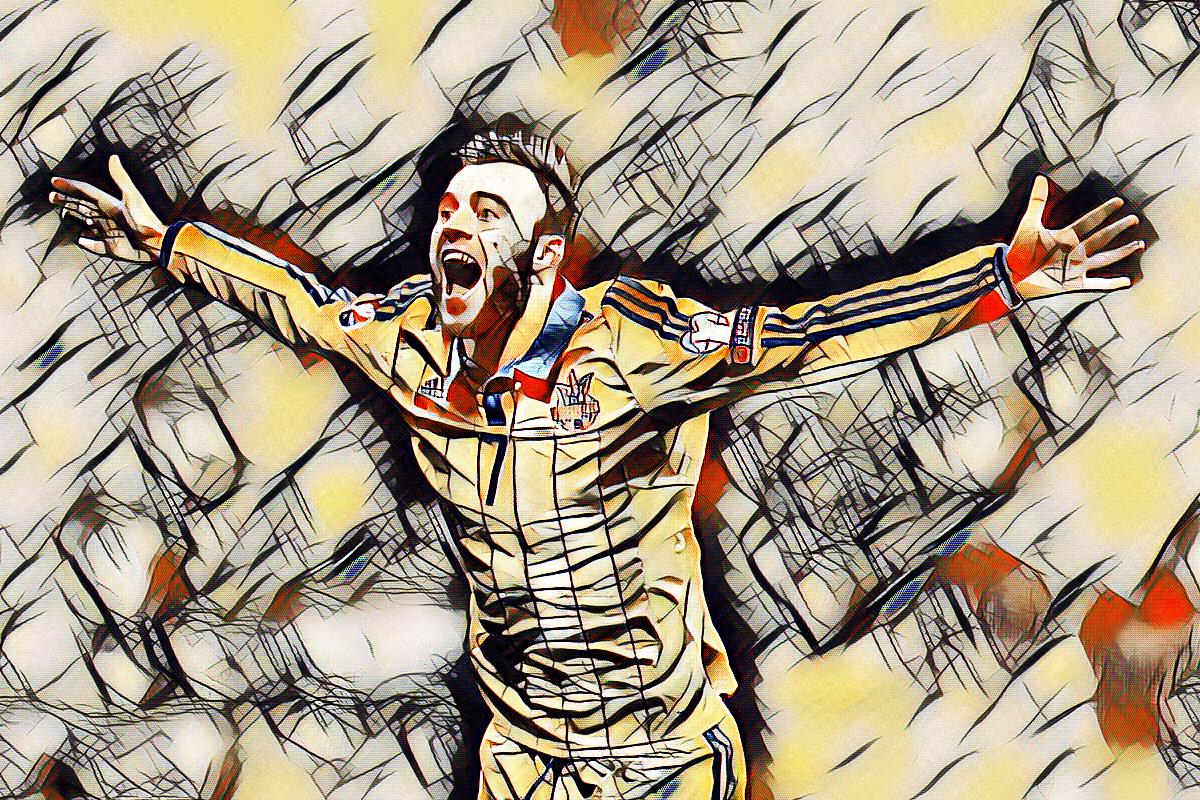 Never underestimate the ability of Borussia Dortmund to act quickly. The ink had barely dried on Ousmane Dembele’s mega money move to Barcelona when die Schwarzgelben pulled the trigger in yet another talented attacker to add to their ranks. Yarmolenko, the captain of he Ukrainian National Team, will leave Dynamo Kyiv, with whom he had spent the first decade of his professional career. The fee is rumoured to be around €25 million.

Far from an exact like for like replacement for the mercurial Frenchman, Yarmolenko is a modern attacking footballer without a set position. He has a powerful left foot, but a much weaker right, and those expecting him to walk into the team, flashing the same sort of technique and flair and Dembele will be sorely disappointed. He will most likely take up position on the right flank for Dortmund, as he will be able to cut in on his stronger foot to fire shots on goal.

As with any player that has spent the majority of his career in his homeland, Yarmolenko will need more time than some to acclimate to his new home. Ukrainians have a mixed track record when it comes to assimilating into a team elsewhere in Europe. Some may remember Andriy Shevchenko’s move from Kyiv to AC Milan in 1999, which was a resounding success by most metrics, but some are concerned that Yarmolenko’s experience could more closely resemble the perplexing signing of Dmytro Chygrynskiy by Barcelona in 2009, in which the young, highly thought of player was never able to adjust to life outside his homeland. Unlike most European footballers, Ukrainian players have very few references or teammate translators to help them along. In many ways, it is the player’s ability to perform through the cultural shock that the move creates that dictates whether or not he will succeed outside of his homeland.

So will he help Dortmund? According to Sporting Director, Michael Zorc, Dortmund have been following the attacker for some time. Yarmolenko is a consistent performer who should be just hitting the peak of his career. He mentioned in his introduction that his dream was to move to a big club in Europe and that he would work hard in training every day to earn his place at the club, which is of course, the first step. Some fans will be concerned that this move will mirror the signing of Andre Schurrle from a year ago, in which the team bought a player with good attacking characteristics but without a defined role within the team, leading to ineffectual performances before he was sidelined through injury.

For those expecting Dortmund to supply new manager Peter Bosz with a younger player to mould into a star, this move is unlikely to excite. What the signing of Yarmolenko should indicate to fans is how close the team feels it is to competing at the top of the Bundesliga. Teams do not buy 27-year-old players with an eye on the distant future, so perhaps his signing indicates where the top brass view their team in the competitive hierarchy of the league season. Yarmolenko will be walking into arguably the best atmosphere in Europe, as well as a team that prides itself on being one big family, so he will be given every opportunity to succeed. For the sake of Dortmund fans and the Ukrainian people, who will no doubt be following their captain’s career with interest, let’s hope he does.