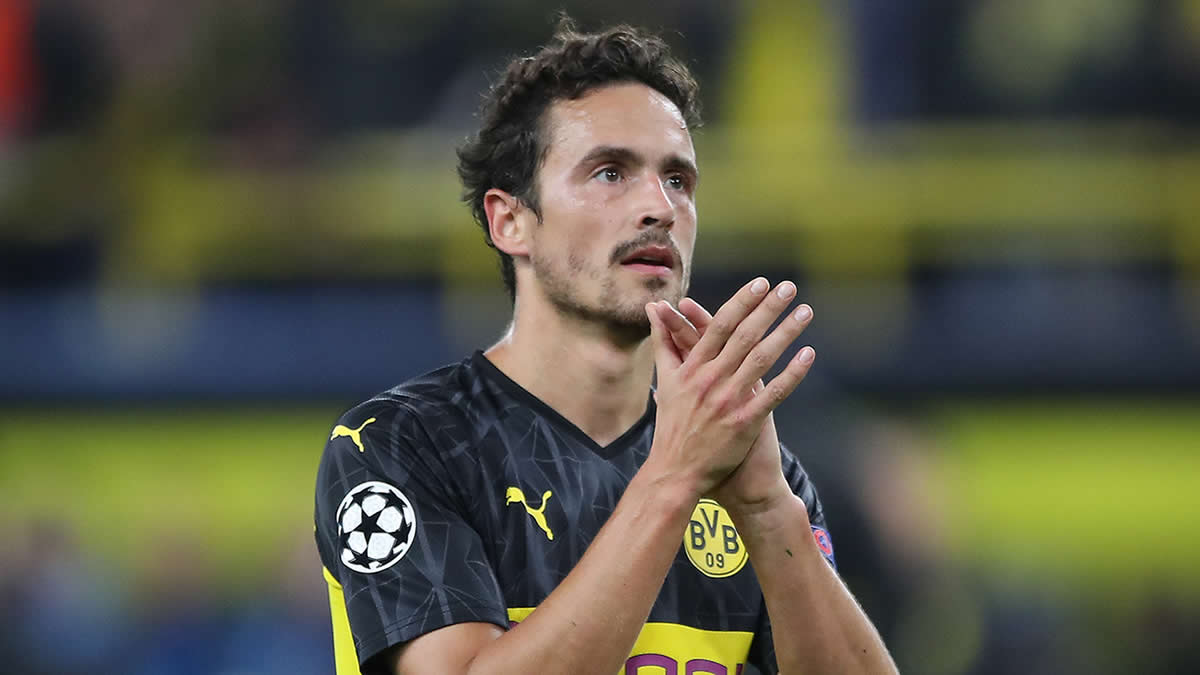 Thomas Delaney is happy to be labelled as the one true leader within the Borussia Dortmund ranks. Since his arrival back in 2018 at BVB the midfielder has put his mark on the efficiency and strength of Lucien Favre’s side. He has very much lived up to the enforcer image he has acquired in his day with Werder Bremen and his subsequent time at Signal Iduna Park. But all of his traits as a wrecking-ball of a player are on hold at present as BVB and their Bundesliga counterparts serve out a suspension of hostilities in the wake of the Covid-19 crisis which has paralysed football and dealt a massive blow to the world in general.

The season may or may not get back to where it was when time was called on matches taking place. At that point Lucien Favre’s men were sitting in second place in the table just four points behind league leaders Bayern Munich. Before the closedown of the game, influential ace Delaney — who has 43 international caps for Denmark — spoke to the club’s official website about his role as a leader.

“It’s about taking on responsibility as a leader. I spoke about this in depth with Michael Zorc and Sebastian Kehl when I was on the brink of moving to BVB. I knew I had what it takes to be this kind of player — I have the fundamental qualities required. But could I do it at this level? I come from a small country, from a club whose name doesn’t carry all that much weight in Europe. It wasn’t too hard for me in Bremen because the club really had its back against the wall when I first arrived in 2017. “

Delaney says the ambition inherently on show at BVB makes it easier for him to play out the blood-and-guts role as he carries out his midfield patrols, eager to break up opposition play and allow his team to counter-attack. He added:

“Borussia Dortmund, however, is a big club with big ambitions. From the very start, there was one thing that was clear in my mind — the only way to become a leader at BVB is through top-level performance. It didn’t necessarily mean that I had to be the very best player.

“But I knew I had to be really good and I had to give my absolute all. This was the only way I could lay a claim to being one of the leaders of this team. Acceptance is also really important. A leader needs to be accepted as such by those around him – and if you don’t perform, you won’t be accepted.”